a brief history by Margaret Shetler

Old Order Amish and Amish Mennonite families began moving to the Willamette Valley shortly before the l880s. There were several Amish families in the area east of Hubbard known as Needy. The Amish held their worship services in their homes. Some of the early Amish Mennonite families occasionally joined them in these worship services. The Amish community died out after the death of their bishop, Jonas Kauffman, in 1907. Those remaining at that time either moved away or joined other churches, including the Zion congregation.

As the number of Amish Mennonite families increased, they first had Sunday school which met in homes. By 1893 there were sufficient families that they wanted to organize a congregation. This was done in June, using the rented facilities of the Rock Creek Methodist Church on Sconce Road. The congregation was organized under the auspices of the Western District Amish Mennonite Conference and was a member of that body. Charter membership numbered 41 individuals. Brethren ordained to serve the new congregation were Daniel Kropf, minister, and Amos P. Troyer, deacon. Bishop oversight was held by Joseph Schlegel of Milford, Nebraska.

The group soon built a meeting house on present Highway 211, just west of the intersection with the present Barlow-Monitor Road. As the congregation experienced growth by folks moving in, young folks becoming members and folks from the Amish community also joining, the first meeting house was soon too small. That first building site was too wet for a cemetery, so a new site was sought and the one chosen was the present location on Whiskey Hill Road. That first church was known as the Fir Grove Amish Mennonite Church.

The second meeting house was erected in 1898 at which time the congregation name was changed to Zion Amish Mennonite Church. (If you are looking for early information in the county courthouse, however, you will have to look under Amish Mennonite Zion Church of Needy, Clackamas County, State of Oregon. Not until 1960 was the name oficially recorded as Zion Mennonite Church.)

The first meeting house was a building of 24 x 36 feet. The second one was 36 x 48 feet with a porch and two doors facing east and was patterned after the Sycamore Grove Church in Cass County, Missouri, from whence about half of the charter members had come. Even before the meeting house was finished and the cemetery completely laid out, the first burial took place when the three-year-o1d Elmer, son of minister Daniel Kropf, died following a sudden illness.

This second meeting house underwent several renovations and improvements over the years including: an anteroom built on the north side of the building; a basement under the building; the porch and doors on the east side were removed in favor of double doors on both the north and south sides and eventually a 22-foot extension on the east end. Electric lights eventually became available but there was never running water or indoor plumbing. Lacking also was adequate room for the Sunday school.

More space and better facilities were needed. Ground was broken for the third, and present, building on July 10,1955 and the nearly finished building was first used for the Thanksgiving service in 1957. This building has also undergone several renovations and a much appreciated addition which includes a ground-level multipurpose room, additional classrooms, offices and a modern kitchen was dedicated February 8, 1998.

As was customary throughout the Amish and Amish Mennonite congregations in the early days, members of the ministerial body (bishops, ministers and deacons) were ordained by lot from within the congregation and served without remuneration. Ordained ministers who moved into the area and congregation from another place were generally recognized and used in the local congregation which they joined. Men ordained from within the Zion congregation included Daniel Kropf, Amos P. Troyer, Daniel Roth, Clarence Kropf, Edward Z. Yoder, Edward Kenagy and Chester Kauffman. Those who moved in from elsewhere and served included Daniel B. Kauffman, Levi J. Yoder and Paul N. Roth.

In 1957, for the first time Zion called a man from outside the congregation specifically to serve as minister and pastor; namely, John Lederach, a Goshen College graduate. He was also the first salaried minister. Since 1957 all ministers have been salaried and also have been from outside the congregation. At the present time we have both a full-time pastor and youth pastor. Individuals who have served in one or both of these positions have included John Lederach, Paul Brunner, John Oyer, Richard Stoltzfus, Steve Good, Del and Michele Hershberger, Richard Regier, Paul F. Erb, Carlos Sequiera, David and Jennifer Searls, and the present pastor, Todd Lehman, and associate/youth pastor, Jana Gingerich. We have also had interim pastors between times and during pastoral sabbaticals.

Services in the past have included Sunday school and preaching services in the mornings and children's meetings, juniors' meetings, young people's Bible meetings and preaching in the evening services as well as summer Bible schools, singing schools, winter Bible schools and various other outreach activities. The young people have been a part of Mennonite Youth Fellowship since its inception in the 1960’s. Our present program includes Sunday morning Sunday School and Worship Service, Sunday evening children’s and youth programs, Bible studies, summer Vacation Bible School, Children’s Choir, Sing Your Own Messiah, Mennonite Women, Quilting night and various other activities. 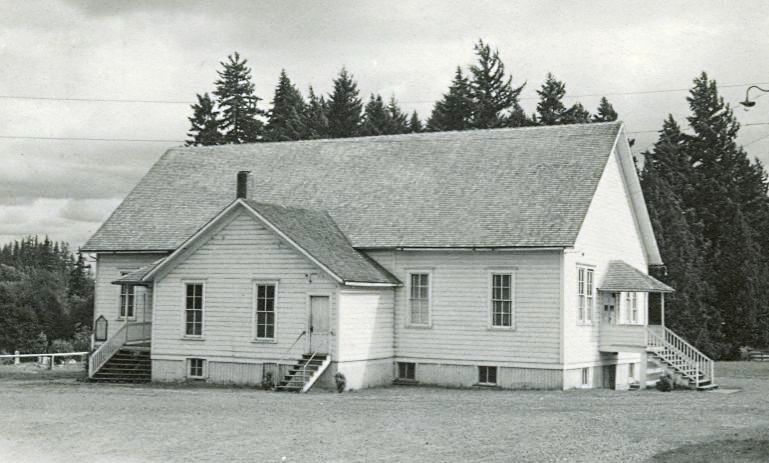